Introduction: A frequent occurrence in cancer treatment is the onset of hiccups (singultus). The cause of the hiccups may either be the chemotherapy drug itself, such as Cisplatin or the prophylactic use of corticosteroid such as Decadron which is used to prevent nausea and/or vomiting.  Moreover, a common side effect of chemotherapy is gastric reflux which can cause hiccups. When cancer patients develop hiccups related to their course of treatment, therapeutic assistance in abating the hiccups can be challenging. The experience of intractable hiccups thus becomes a quality of life issue. Numerous pharmacologic options exist that have demonstrated a reduction and disappearance of symptoms. However, cancer patients that are receiving conventional cancer care are typically on more than one medication. Side effects of additional medications can detract from the attempt for a daily fulfilling life. Instead of adding an additional pharmacological intervention to address hiccups as a front line approach, recruitment of non-invasive, conservative, non-pharmacological pathways such as chiropractic care might be a strong consideration.

Case Presentation:   Patient DR-ERMC5 is a 39 year old man that had been receiving treatment for Stage IV adenocarcinoma of the appendix. After receiving his first dose of Xerili, he developed acute hiccups. At this time, he was also admitted to the hospital with a bowel obstruction and severe abdominal pain.  The bowel obstruction led to the need for nutritional support. Concurrently, the patient developed moderately severe neck pain in addition to the hiccups. His caregivers, the patient’s parents, expressed deep concern for their son’s comfort and requested whatever services may be available to minimize his neck pain and alleviate his hiccups. The Hospitalist placed orders for chiropractic care to assist with cervical pain and hiccups.

Assessment, Management and Outcome: Prior to the chiropractor visiting the patient, a complete and thorough review of the patient’s chart was executed to determine if the patient was a candidate for chiropractic care. The chart presented no contraindications to care such as space occupying lesion in or near the area on complaint, bone metastases or platelet counts below 30K. Chiropractic evaluation of the patient took place in the patient’s hospital room, while patient lay supine in a 45 degree angle to maximize his comfort. Active range of motion was omitted as patient was feeling nauseous and week from the incessant hiccups and overall discourse from his disease. Passive range of motion revealed moderately severe restriction in lateral bending with 10 degrees to the right and 5 degrees left. Extension was omitted to prevent discomfort to the patient. Right and left rotation was tolerated to approximately 35 degrees. Flexion caused discomfort at 15 degrees. Moderate hypertonicity of cervical paraspinal muscles and sternocleidomastoid (SCM) muscles was noted bilaterally. Moderate palpable tenderness was revealed along the left SCM and trapezius muscles. Mild abatement of hiccups was noted during palpation of left SCM.

With patient consent, it was decided that chiropractic manipulation with soft tissue manual therapy would be administered. Prior to the treatment, the patient gave an analog report on his neck pain from 0-10, 10 being the most severe. The patient rated his neck pain at an 8. It was explained to the patient that he did not need to leave his bed. The chiropractor proceeded to perform manual manipulation SCM muscles and cervical paraspinal muscles bilaterally. This was followed up by diversified cervical chiropractic adjusting at C4-5 segmental region. This led to an immediate abatement of the hiccups. The patient was asked to rate his neck pain after the adjustment. He rated the pain at a 5.

A follow up visit occurred the next day. The hiccups had not returned. The patient did complain of the same neck pain that he reported on the first visit with some lasting improvement. He reported the neck pain remained at 5. The patient received a diversified cervical adjustment and reported additional relief with an analog pain scale measurement rated at 4.

Due to unrelated oncological complications with the patient, no further chiropractic treatments were administered.

Discussion: It is not uncommon for some chemotherapeutic agents to induce hiccups (singultus) in cancer patients. The literature notes that there are physical maneuvers that can alleviate hiccups. Yet, in the case of intractable hiccups, there appear to be several medicines, as well as aggressive medical approaches, such as nerve blocks and surgical interventions that have been successfully used.  The concern with additional medicines or other medical procedures for cancer patients is that this patient population has many other challenges with treatment. Hence, another needle poke or pill to pop may be less preferred as a front line approach when compared with a literal “hands-on” therapeutic application. Moreover, a literature review revealed little significance when acupuncture was utilized. In an effort to be transparent with reluctance, a case study published in the Journal of Internal Medicine that suggests that digital rectal massage may be a useful approach.

With the knowledge that the phrenic nerve is made up of fibers from chord levels C3-5, it might be reasonable to wonder if chiropractic manipulative therapy of any combination of these segments could positively impact a patient suffering from either acute of intractable hiccups. Furthermore, it is the belief of this author that cancer patients with chemo-induced hiccups would prefer a non-pharmacological approach to help alleviate hiccups when compared with other medical options. Finally, a feasibility study may be warranted to determine if chiropractic care would make for a reliable first line approach for cancer patients with chemotherapy induced hiccups. 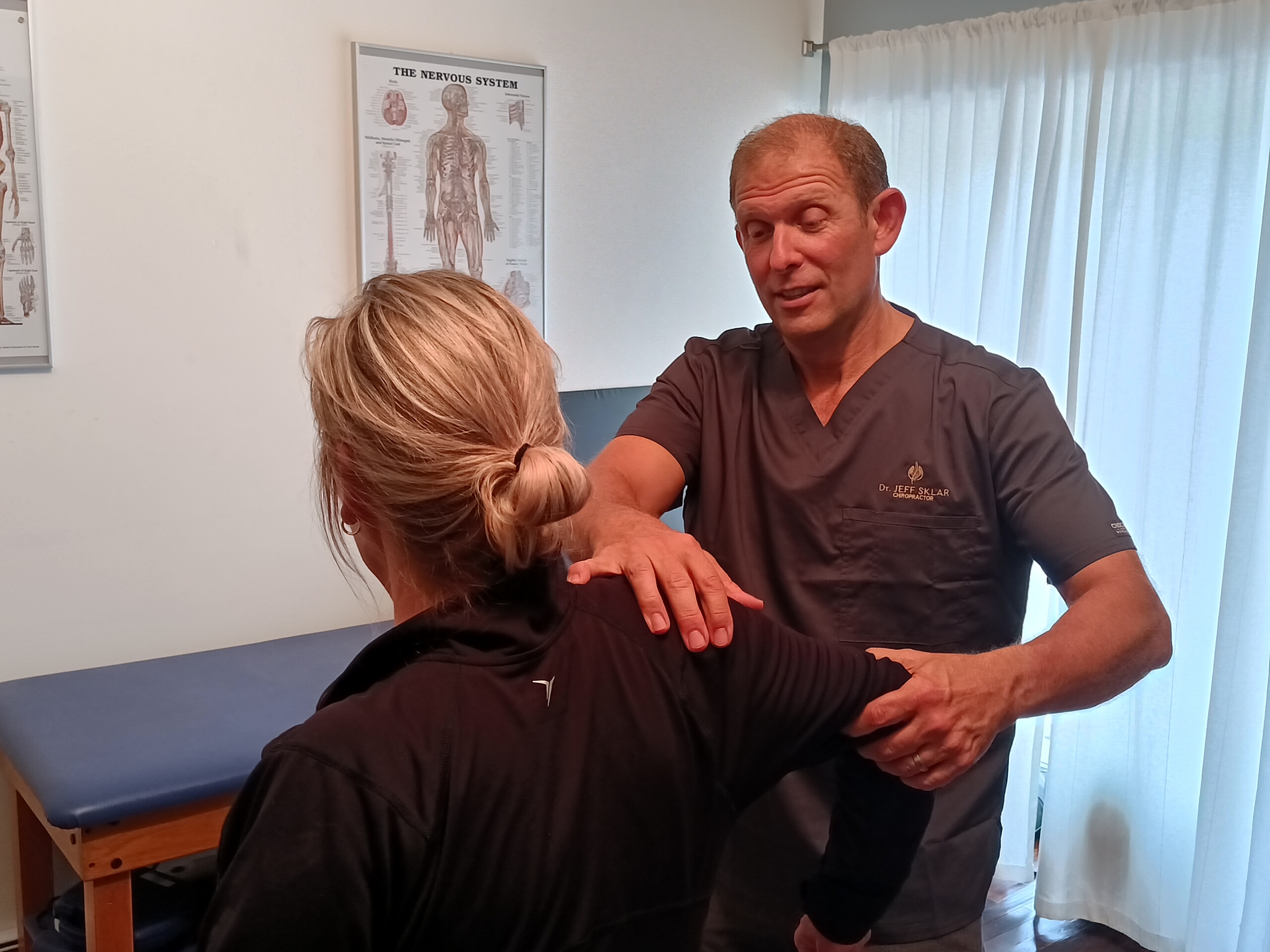